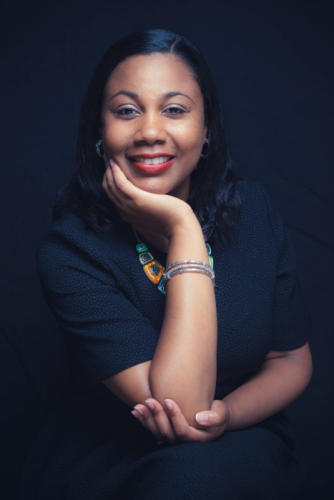 For almost three decades, I lived a life planned around my monthly menses. Heavy and painful periods took priority over daily life plans. I constantly checked the calendar to see when I would be menstruating. I turned down invitations. I left early from gatherings. I took sick leave from work. I constantly had the urge to urinate. My sleep was frequently interrupted by hot flashes. I suffered bloating and period cramps. I grew anxious if I had to stay away from home during that time of the month. I dreaded long journeys. I packed heavily to ensure enough sanitary pads. Subsequently, I was bleeding large blood clots. My abdomen grew and I felt comfortable only in loose clothing.

When I was in my late twenties, I had finally gotten an answer as to what was causing my painful discomfort. The ultrasound tests revealed I suffered from uterine fibroids, and the gynecologist confirmed this after each regular check-up. I was prescribed contraceptive pills, which helped relieve period cramps but not the heavy bleeding. A warm water bottle, herbal teas, and painkillers were my temporary pain relievers. When I asked if the condition would cause infertility problems, I was told to wait and see.

You may wonder why it took so long to know this. I was born in Tanzania. Growing up there, regular gynecological checkups were uncommon. Additionally, discussing menstrual issues caused discomfort to our families. Abdomen pains in a young girl could easily be a suspicion of pregnancy. Most times I kept quiet or was told it is common to have period pains.

I was ready to start a family. After two miscarriages and two laparoscopic surgeries to remove fibroids, I still experienced dysmenorrhea (heavy and painful menstruation). Sometimes, I was bleeding heavy clots. Four months after the second myomectomy, my poem, “Victorious Farewell,” was published in an online magazine. I felt victorious after writing the poem, but the journey to conquer fibroids was certainly not over.

After the second laparoscopy surgery, I consulted a lead obstetrician who knew my medical history. He could not confirm whether I would have a successful pregnancy or not. I was advised to try again. If needed, I would be hospitalized throughout the pregnancy.

Through my parents-in-law, I learned about Magnetic Resonance-guided Focused Ultrasound (MRgFUS), a non-invasive treatment for fibroids. My beloved gently asked me to consider the MRgFUS treatment, not for conception purposes, but to improve my daily life. I was still counting days on a calendar prior to any social plans. Motivated by the idea to have undreaded social and work life, I made an appointment.

In 2013, I underwent an MRI scan. It took less than a minute for the medical staff to confirm that I suffered from uterine adenomyosis, which sometimes may be confused with fibroids. The medical term was new to me, and I was shocked by this news. I asked the doctor if it was fibroids, or similar to fibroids, but he told me that it wasn’t. I was then informed that adenomyosis was the cause of my miscarriages. Regarding the MRgFUS treatment, it would not guarantee an end to miscarriages. However, it would reduce the heavy bleeding and urinary dysfunctions.

On our way home, confused and trying to make sense of it all, I was haunted by one question: Why was I never advised to do an MRI scan? Nobody knows my body like I do, and I should have been persistent in finding out information.

Upon my return home, I immediately researched “adenomyosis” online. What was this elusive condition I have had for years? Adenomyosis (ad-uh-no-my-O-sis) occurs when endometrial tissue, which normally lines the uterus, exists within and grows into the muscular wall of the uterus. The displaced endometrial tissue continues to act as it normally would — thickening, breaking down and bleeding — during each menstrual cycle. An enlarged uterus and painful, heavy periods can result.[3] Adenomyosis is also shortened as “adeno” by sufferers. Some refer to it as a sister disease to endometriosis because it grows inside the wall of uterus unlike endometriosis, which grows outside the uterus. There was scant information on the topic. Thankfully, a thoughtful woman who suffered from the condition and realised that there was not enough information about adenomyosis had put together an online source, the Adenomyosis Advice Association.

Having learned about the condition and the only treatment is to remove the uterus, I questioned what would be the next step. I was exhausted of treatments and certainly not keen to learn that there was something new that was wrong with my body. I needed a break from medical advises and services, so I did what gives me solace during hard times. I wrote a poem titled “I Claim You Mine”. The footnote to that poem, which appears on page fifty-two of my poetry book, Mists of Sense Requires Fierce Poesy, reads,

The body is a miraculous engine that we have been given to help us manifest our divine purpose in this world. When it fails us, as humans, we are tempted to disown it. Regardless of challenges, it has imposed my spirit, today I claim it mine.

Three months after the diagnosis, I pursued the MRgFUS treatment. The heavy and painful bleeding stopped, but my stomach continued growing. I was buying new outfits and underwear in maternal size. Countless times people thought I was pregnant. My uterus was three times the normal size.

Adenomyosis can only be cured by hysterectomy. Again, I consulted the obstetrician. He explained the types of hysterectomy. A subtotal hysterectomy is when the uterus is removed but the cervix is not removed, and the fallopian tubes and ovaries may or may not be removed. A total hysterectomy is the removal of the whole uterus including the cervix. None of the countless readings confirmed adenomyosis as a direct link to infertility. Yet there I was, able to conceive but unable to carry a pregnancy and living a dreadful social life. Was I ready to accept the only-known treatment? I did. The post-surgery feedback was that my uterus growth connected it to the intestines. In order to separate them, one ovary had to be removed and part of my intestines had to be stitched due to bruising.

Two years later, after many heart-breaking moments and writing a lot of poetry, I feel healthier and happier. Initially, I grappled with the fact that I will not be able to conceive or carry a pregnancy. Occasionally, I looked back with regrets. Now I know that acceptance is also a form of healing. I thank my spiritual guardians and my beloved, who gave me the strength to heal and accept my life with or without a child. This is reflected in my poem, “The Chronicles of a Redeemed Life”, which appears in my poetry book, Let’s Go Dancing in the Light, reworked here as,

Then I met the sister of the sun and the night goddess.

One grieving night she invited me to bashes of housekeeping.

At the new moon party to claim the broom of acceptance.

At the crescent gathering to sweep the grimy floors of fears.

At the quarter get-together to wipe all the low-spirited surfaces.

At the waxing festivities to clean all the dusty godly windows.

At the full moon celebration to rise again like a shooting star.

I kept going until the day I felt the moon become my new womb.

I was pregnant with divine light.

As a writer, I am also fondly known as Auntie Glo. Besides motherhood, there are many “otherhoods” in a child’s life. An aunt can play an important role for a child too. Children don’t have to be mine to deserve love and care. There is a quote from the movie Collateral Beauty[1], “Your children don’t have to come from you; they go through you.” The quote deciphered to me what the Lebanese poet, Kahlil Gibran, said in his poem “On Children”[2]:

They are the sons and daughters of Life’s longing for itself.

They come through you but not from you,

and though they are with you yet they belong not to you.”

I have lived with adenomyosis for as long as I can remember and I have suffered. My plea to the medical professionals is to learn and find a cure so that no woman must suffer and take a heartbreaking decision like I did. If I were to give advice, it would be, “Nobody knows your body like you do. Persist in finding information. If you must undergo hysterectomy, opt for the subtotal if your condition allows it. You will still have a chance to become a parent through other methods.”

Gloria D. Gonsalves, also fondly known as Auntie Glo, is award-winning author, multi-published poet, and founder of WoChiPoDa.com, an initiative aimed at instilling the love of poetry in young people. When taking a break from writing, she learns how to take lines for a walk. You can find her online at www.gloria-gonsalves.com