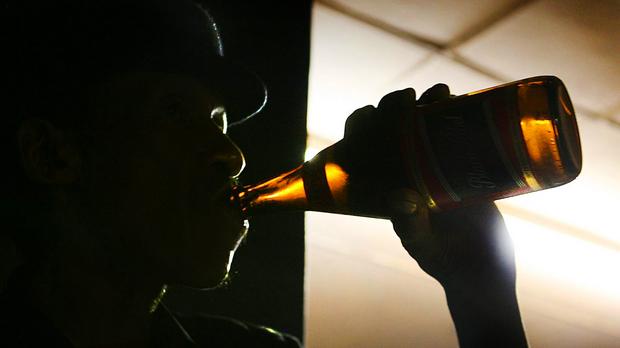 Statistically, alcohol kills more teenagers than all other drugs combined. Being an activity indulged in by many, especially youths, alcohol and drug abuse remains a top issue faced by many governments and needs to be properly addressed.

Treating the drug abuse problem as a public health issue has been the war cry of pro-drug activists. Alcohol and drug abuse leaves pitiful consequences on the person as an individual as well as those around them. These untold consequences are impacted upon the individuals mind, body and personality

To begin with, pertaining to the health of a human being, alcohol and drug abuse leads to a wide range of illnesses.

The excessive intake of drugs like marijuana and tobacco will lead to respiratory problems, lung pain and even high blood pressure. Also, habitual drinking increases the risk of cancer. It also causes problems such as anemia, which is accompanied by fatigue, cirrhosis, dementia just to name a few.

Heavy drinking suppresses the immune system, providing a toehold for infections such as tuberculosis, HIV/AIDS and other STDs. This is evident as heavy drinking may lead to engagement in risky sex.

Though the intake may be considered as a form of relaxation or ‘fun’ to the consumer, but health wise they pose lethal consequences.

Improper functioning of the human body due to illness leads to a drop in the person’s efficiency of daily output. Your health is your wealth!!! As such it needs concern.

These negative aftermaths of alcohol and drug abuse on the human system has been a reducing factor in the life expectancy in many societies over the years.

Aside the physical health being affected by this, the mental health of the individual is threatened.

As viewed by many, especially youths, as a ‘pain killer’ or ‘stress remover’, many do go for it in order to get some form of comfort or relaxation. They seek to get a free mind.

Does alcohol and drug really provide that free mind?

Shockingly but truthfully, the majority of those who seek to ease emotional pain through alcohol or drug intake end up being more stressed and depressed.

In a view of proportionality, when you are physically ill, you cannot escape this condition from affecting your mind as well. Your mental health is thus disturbed.

Furthermore, a scientific study shows that the body, mind and personality of an individual are related. Inefficiency in one of them will affect and might even lead to inefficiency of the others. Thus, alcohol and drug abuse does not only pose problems to the body and mind but to the consumer’s personality.

No man is an island!

We as humans are found in communities wherein other people are found. So, our activities affect and are monitored by other people. Being ill and probably hospitalized is a call for concern. Other people ranging from doctors, nurses and survey teams get involved. At large the individual’s problem affects the society.

What example can a drug addict or alcoholic portray to a society to follow?

The manner in which a person’s is looked upon or perceived in the society greatly influences the degree of interaction with other people. Alcohol and drug abuse have sprung forth drunkards, insane people and even social misfits. The number is on the rise each day.

Conclusively, after having examined a few of the negative consequences of alcohol and drug abuse, it is but evident that something needs to be done. A quick call to action necessitates the involvement of the society as a whole. We are all affected by this issue. Combating this problem through positioned authorities and even governments, to its very end will be a landmark in the development of better citizens and the society at large.

This article is a contribution of Mbah Jefferson