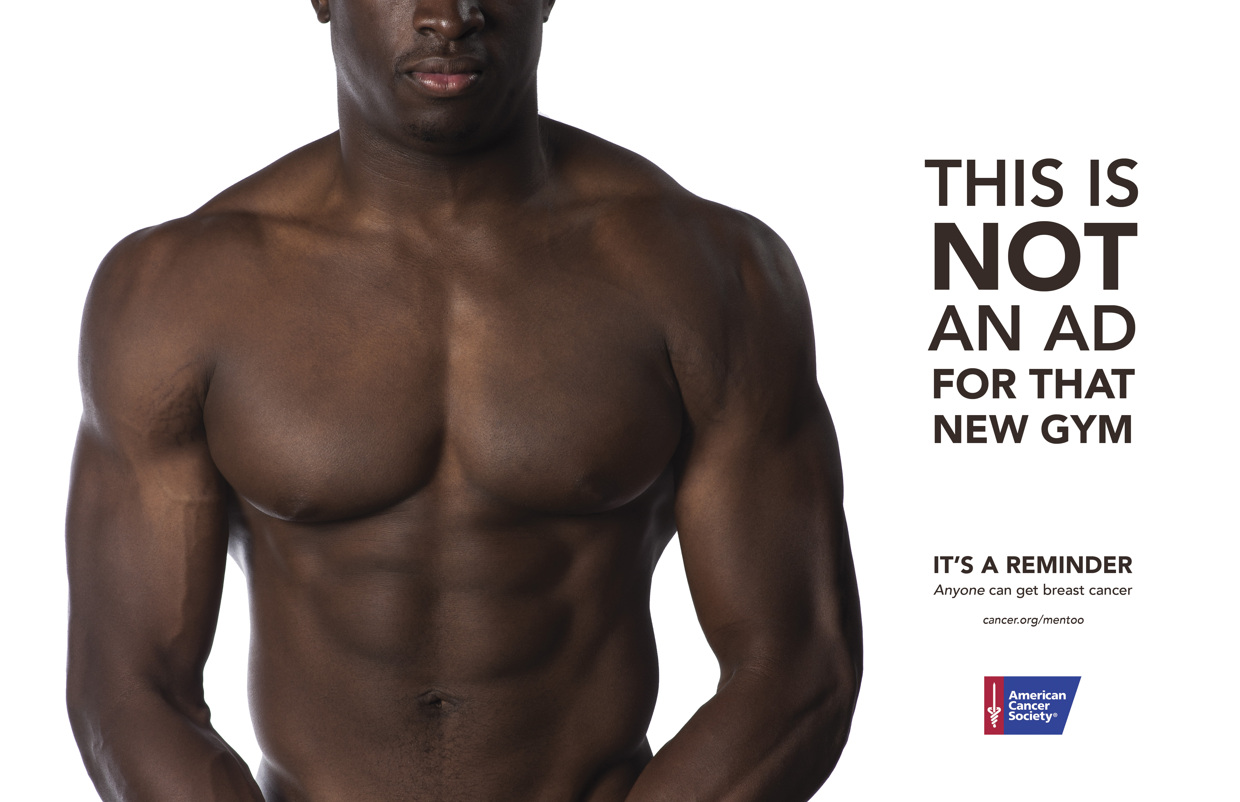 Breast cancer in men is hardly talked about because it is rare.  For men, the lifetime risk of being diagnosed with breast cancer is about 1 in 1,000. Less than 1% of all breast cancers occur in men.

Men don’t have breasts, right? So how can they get breast cancer?

The truth is that boys and girls are all born with breast tissue. The difference starts when during adolescence various hormones in girls’ bodies stimulate the breast tissue to grow into full breasts. Boys’ bodies normally don’t have much breast-stimulating hormones, as a result, their breast tissue usually stays flat and small. But sometimes men can develop real breasts on both sides (called gynecomastia) because they have abnormal hormone levels, take certain medicines or heavily drink alcohol.

Men with gynecomastia stand more chances to developing breast cancer but all men can potentially develop breast cancer because everybody has breast tissue from birth.

Look out for signs and consult your doctor early. Most men with breast cancer are diagnosed late because most people don’t associate men to breast cancer. Earlier diagnosis could make a life-saving difference.

The choice of treatment will depend on a number of factors, including the size and location of the breast tumor, the stage of the cancer, and results of other laboratory tests. Treatment options include: