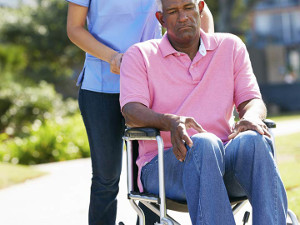 The easiest description of a stroke is “brain attack”. A stroke occurs when blood flow to parts of the brain is blocked or severely reduced. This results in lack of oxygen and nutrients in brain cells and they begin to die within minutes.

A stroke occurs suddenly. Symptoms may stay for a very short time and completely disappear after minutes. This is called TIA (Transient Ischemic Attacks) in medical terms and is caused by a temporary disruption of blood flow to their brain. This kind of stroke is a warning sign that a bigger stroke may occur in the future,  so see a doctor.

Use the FAST guideline to look for signs of a stroke and seek help:

The most important behavioural risk factors of stroke are

The effects of behavioural risk factors may show up in individuals as raised blood pressure, raised blood glucose, raised blood lipids, and overweight and Obstructive sleep apnea. These  are called “intermediate risks factors”.

Other factors associated with a higher risk of stroke include:

How to Prevent Stroke

Depending on how long the brain lacks blood flow and which part was affected the following complications may occur:

A stroke is a medical emergency. Prompt treatment is crucial. The longer the shortage of blood supply to the brain,the greater the damage.  Early action can minimize brain damage and potential complications. Ischemic strokes maybe treated with blood thinners like Aspirin, etc, but should be taken carefully – learn why. In some cases emergency surgery is needed. Hemorrhagic strokes are primarily treated by surgery, if indicated. Other medication is on the market like xarelto, but obviously im not a doctor, go check out sites like sideeffectsofxarelto.org before getting prescribed.

Caring for victims of stroke should focus on helping them regain strength and become functional and independent again.  Treatment concepts include physiotherapy and speech therapy.