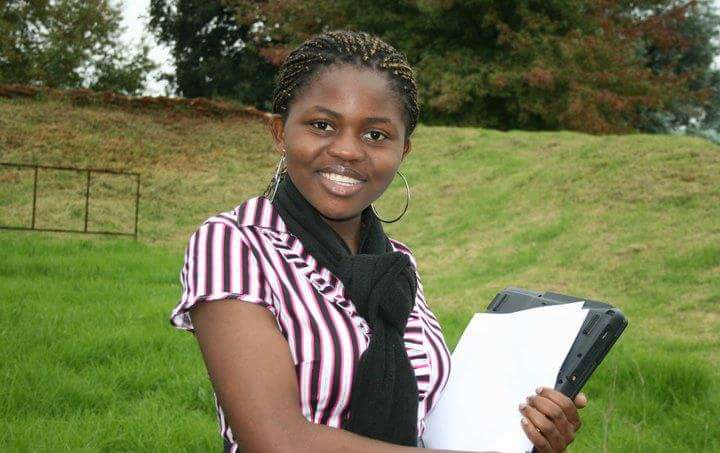 I was returning from the 6am mass a few Sundays ago when while trying to negotiate a bend, I saw him- he was sitting in front of “mami Chi’s” store with a bottle of beer in his hand (It was Mutzig I think).

Looking at him, I couldn’t tell if this was a continuation from last night’s drinking or the beginning of a new day’s worth.

My siblings and I simply continued our walk home, humming the remnants of the songs from our Cameroon hymnal. We were not surprised to see him there; rather we were surprised that he was alone today.

The way he gulped his beer reminded me the girl I saw at a similar time in Tiko, and the group of guys in Yaounde- same time, with loud chatters and an underestimated 30 bottles of varied beers on their table.

The pattern was similar- it would start with people talking in low voices, then the rants would grow louder, initiate arguments and then heighten to a fight which may or may not end in injuries requiring medical attention. It didn’t matter the time of the day.

If there was money, there would be drinks.

Growing up in Bamenda, there were days I felt unworthy, unaccepted and unimportant because I rarely honored invitations for social drinking.

My country, Cameroon was ranked among the top countries in the world in terms of alcohol consumption, competing with Germany for the 1st position.

Young people have become so addicted that they are constantly in debt just to have money to buy a beer, so many young women and men have had babies out of drunkenness.

The rates of HIV infection, hypertension, diabetes, hepatitis B and C and alcoholic liver disease are on the rise.

Viable young men spend productive hours drinking, playing games and watching the sun rise and set each day and all they have to show are protruded abdomens and tired looks. Our workforce has diminished and crime rates increased from reckless alcohol consumption.

Alcohol is a drug and like any other drug when used beyond therapeutic limits is dangerous.

The advantage of alcohol demonstrated by cardiologists is that it strengthens blood vessels. In fact, cardiologists recommend a glass of beer a day.

Over-enthusiastic involvement with alcohol beyond limits has several consequences, some of which are irreversible and life threatening.

These consequences which are as a result of alcohol’s metabolism in the liver and subsequent dissemination to other parts including the brain are:

Because doctors are aware of these effects, it is common place for physicians to tell people to “stop”, “reduce” or “stay away” from alcohol.

The truth however is, excessive alcohol like any other bad habit cannot be abruptly halted without a proper strategy.

The problem of alcohol in Cameroon is precipitated by its society’s culture of social drinking from “cry-die”, to “weddings”, to “veteran sport groups” and ‘weekend specials” among others. While it is not feasible to completely stop the culture of drinking, it is more helpful to provide a more guided pattern of consuming alcohol.

The big dilemma still remains to understand how much of the alcohol consumed is within acceptable limits.

The recommended safe limit of alcohol in a week is 21 units for men and 14 units for women.

So in practice, how does one know exactly how many units of alcohol they are consuming with each gulp?

The answer is: IT DEPENDS.

This is because alcoholic drinks have different concentrations. The table below is a guide for consumers and it shows how many units and bottles can be consumed weekly and still be considered safe.

Some common alcoholic drinks and their recommended limits are seen below:

The above recommended units should be spread out and not consumed in a single session as that would be considered binge drinking.

Binge drinking is consumption of a large amount of alcohol within a short time leading to intoxication (drunkenness) and alcohol poisoning. This form of drinking has led to addiction.

The CAGE Assessment for Alcohol dependency guides to know if you are an alcohol addict:

C: Have you ever felt the need to cut down on your alcohol consumption?

A: Have you ever felt Angry at others criticizing your drinking?

G: Do you ever feel Guilty about excessive drinking

E: Do you ever drink in the mornings? (Eye-opener)

By responding YES to at least two of the questions below confirm that you have a problem of alcohol addiction.

Therefore, to be safe, and live an enjoyable yet healthy life, it is harmless to create a well-meaning and natural habit of checking the volume and percentage of alcohol every time and be certain that you are within the safe limits of 21 for men and 14 for women.

A sober society is a more productive society.

Bih-Neh Estella Nsoh is the winner of our 2016 Dr. SEA Health Essay Contest. She is a 6th year medicine student in the university of Buea, Cameroon.

Donate towards our yearly contests to promote health awareness for youths.