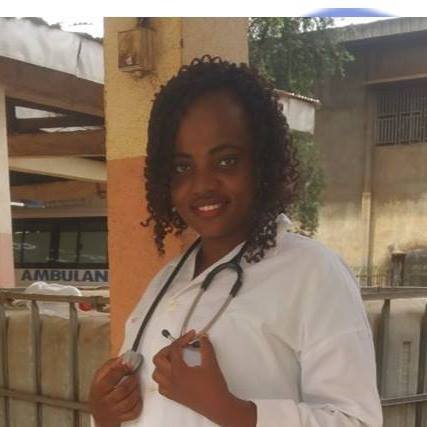 Though Cameroon has a wealth of natural resources and good agricultural conditions in many regions, poverty is widespread. Malaria is endemic in Cameroon, where it is the leading cause of morbidity (41%) and mortality (43%).

According to the National Malaria Control Program (NMCP), malaria accounts for 50–56% of morbidity and 40% of deaths among children less than five years of age. Fifty-nine percent of hospitalizations during pregnancy are due to malaria, and can result in adverse birth outcomes and maternal death.

According to WHO data published in May 2014 Malaria Deaths in Cameroon reached 12,064 or 5.57% of total deaths. Malaria constitutes a major public health problem. Per estimates from WHO, there were 214 million new cases of malaria worldwide in 2015 (range 149–303 million).

The African Region accounted for most global cases of malaria (88%), followed by the South-East Asia Region (10%) and the Eastern Mediterranean Region (2%).

In Cameroon, malaria constitutes a heavy burden on the health care system and economy.

It is responsible for 40–50% of medical consultations and 30–47% of hospitalizations, as well as 40% of household health expenditure and 26% of work absenteeism. The consequent health care costs and loss in productivity result in an estimated annual loss of 1.3% GDP to the national economy.

Despite the implementation of malaria prevention and treatment strategies since 2002, coverage of malaria services and commodities lag behind goals for universal coverage.

Only 21% of children under five years of age sleep under insecticide-treated bed nets (ITNs), and the percentage of pregnant women receiving correct and timely interim preventive treatment (IPTp) is estimated to be 26%.

Under its ‘Vision 2035’ plan, the government aims to reduce poverty from 40% in 2007 to less than 20% by 2035. Economic development, through mining, infrastructure and power projects, is seen as the way to achieve this.

Malaria is a life-threatening disease.

It’s typically transmitted through the bite of an infected Anopheles mosquito carrying the plasmodium parasites. Once in the bloodstream, these parasites infect red blood cells and within 48 to 72 hours, they multiply and cause the infected cells to burst open.

The parasites continue to infect red blood cells, resulting in symptoms that occur in cycles that last two to three days at a time.

An infected mother can also pass the disease to her baby at birth. This is known as congenital malaria. Malaria is transmitted by blood, so it can also be transmitted through:

The symptoms of malaria typically develop within 10 days to four weeks following the infection. In some people, symptoms may not develop for several months. Some malarial parasites can enter the body but will be dormant for long periods of time. Common symptoms of malaria include:

After confirmation of the disease by a biological test, these symptoms need to be handled as early as possible with an appropriate treatment as its complications are severe and most often result to death.

medicines(especially during pregnancy). Every individual should sleep under insecticide-treated bed nets (ITNs), and keep their surrounding clean since  swampy and nasty areas are breading grounds for mosquitoes.

Malaria is endemic in Cameroon. It attacks individuals irrespective of their age groups, sex, economic or social status. Despite the measures put in place by the government to prevent this disease, malaria remains one of the major cause of death in Cameroon.

This article is a contribution of Flora Zogni,