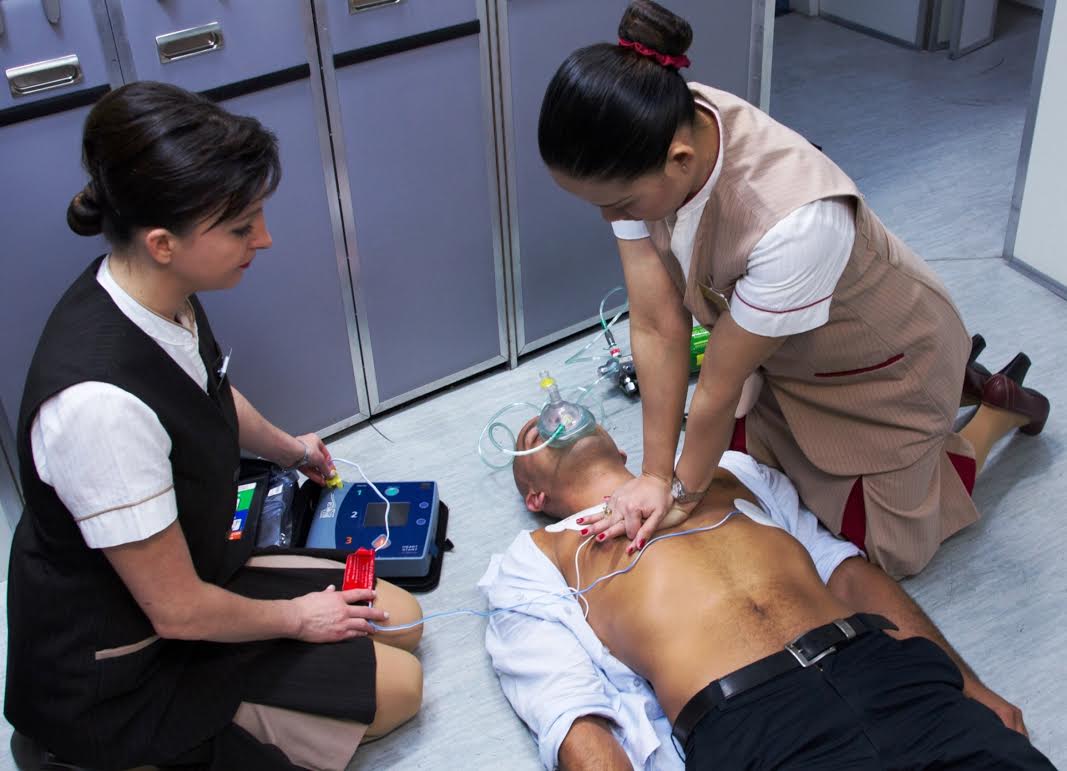 Medical emergencies occur on about 50 commercial flights a day in the United States. Many are minor — a passenger feels faint or becomes anxious. Others are life-threatening, like a heart attack or difficulty breathing. An article in the New England Journal of Medicine offered doctors and other health care professionals advice for handling a variety of situations. That prompted STAT to ask physicians for their stories. Here are a few of them.

By Gregg Greenough: One of my most memorable calls was on a flight from Europe to the United States during the Ebola outbreak last fall. It was soon after Thomas Duncan, who was infected with Ebola, flew from Liberia to Dallas.

About 90 minutes before we were scheduled to land, there was a call for a doctor. A man traveling from Liberia was saying he needed to vomit. With his eyes tightly closed, he told me he felt like the plane was spinning around — even though there was no turbulence. He didn’t want to open his eyes because he knew if he did he would vomit.

I had just been through Ebola training at Brigham and Women’s Hospital, so I went through the checklist: fever, diarrhea, vomiting, abdominal pain, unexplained bleeding, exposure to someone with Ebola, and the like. He didn’t have any of these warning signs. I also asked what he had been doing in Liberia, and he didn’t seem to have engaged in anything that increased his risk for being infected. His symptoms were classic for positional vertigo, which I had seen many times. This sensation of spinning, often caused by an inner ear problem, can make you feel awful, but it isn’t transmissible.

People on the plane, including the pilots, were getting anxious, since Ebola was fresh on everyone’s mind. With the flight attendant’s permission, I barricaded the man and myself into one of the plane’s bathrooms. There I was able to take his temperature and give him a medication to ease his symptoms.

Despite my assurances that this was a form of vertigo and not Ebola, the pilots insisted on calling the CDC officer stationed at the airport. When we landed, the jet bridge wasn’t even extended to the plane. It was as if the entire plane was infected.

After about an hour, the CDC official boarded, wearing the spacesuit-like gear required for health professionals taking care of someone with Ebola, along with two security guys in full hazmat gear. Now the other passengers were really getting nervous. There was a flurry of texting, taking photos, and posting to social media.

The CDC representative checked the man and escorted him into a waiting ambulance. The rest of us were then allowed to disembark but were quarantined in a holding area for about four hours before the CDC let us go. People asked me if the man had Ebola. It presented a quandary: Do I ease their fears, or protect the man’s confidentiality? I told everyone that I wouldn’t have barricaded myself in the bathroom with the man if I thought he had Ebola.

After arriving home, I received one last text, from the CDC: The man did not have Ebola.