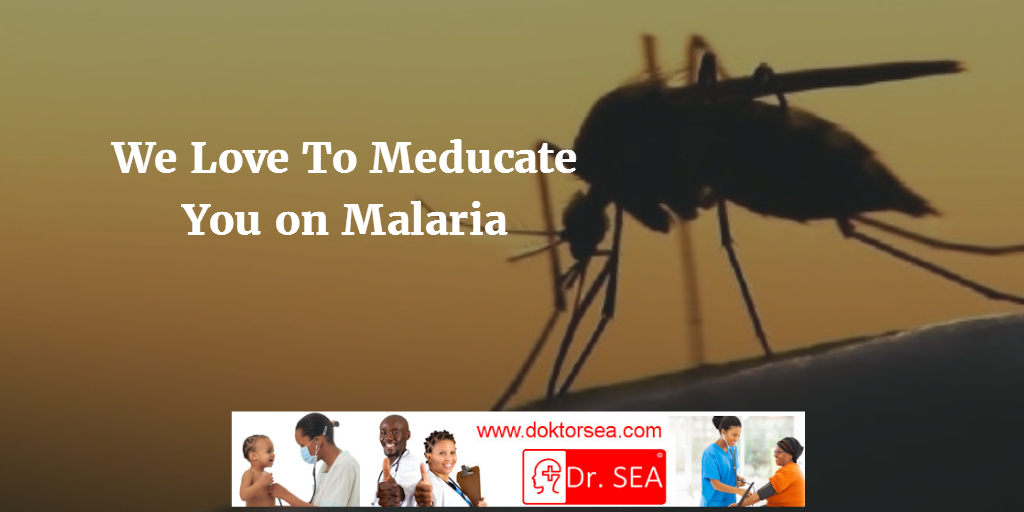 How do you know you have Malaria?

It usually starts with a rapid onset of fever, headache, shivering with muscles and joint pains. You should also know that fever is not a disease but natural reaction of the body to a disease. These symptoms appear after 7 days or more (usually 10-15 days) after the infective mosquito. If treatment is not started within 24 hours of being diagnosed, the situation can only get worse.

Who can have Malaria?

Everyone can have malaria. In 2015, nearly half of the world’s population was at risk of malaria. That is about 3.6 billion people could have malaria. But most malaria cases and deaths occur in sub-Sahara Africa, from Mauritania across to Somalia and down to South Africa.

Infants, children under 5 years, pregnant women and patients with HIV/AIDS are at higher risk of having malaria.

Malaria being a very bad sick, is a major killer of children under 5 years, taking the life of a child every two minutes.

How is this Malaria transmitted?

In most cases, malaria is transmitted through the female Anopheles mosquito which bites during the dark, between dusk and dawn. Transmission also depends on climatic conditions. It is highest just after the rainy season.

People tend to develop partial immunity over the years of exposure, and while it does not provide complete protection, it reduces the risk that malaria will cause severe disease.

But how can malaria be prevented?

Earlier on we mentioned that malaria is both preventable and curable, here are some ways we can prevent malaria:

Diagnosis and treatment of Malaria

best available treatment is Artemisine-based Combination Therapy (ACT). And just like antibiotic resistance, we also have antimalarial drug resistance which we would talk about in another post.

When it comes to malaria, one thing is certain and that is: MALARIA PREVENTION WORKS!!! So let’s close the gap by;

These tools are powerful and cost effective in preventing malaria. Together let’s close the gap.

We love to meducate you.