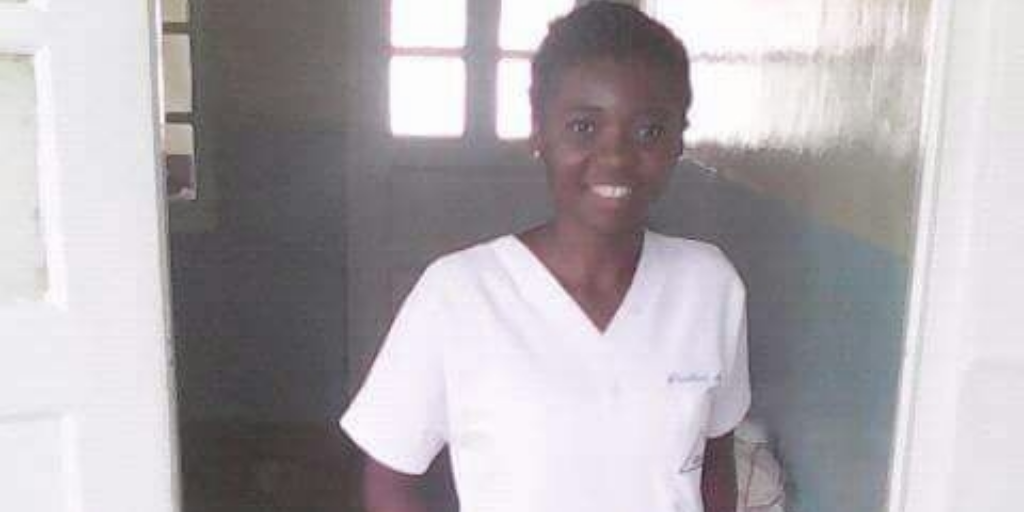 Mental health is that branch of health care concerned with an individual’s emotions, psychology, and social wellbeing. It includes how we think, feel, act, and determines how we handle stress, relate with others and make choices. Mental
disorders/disability is quickly increasing in my community affecting children, adolescents, or adults.

The world with a population of about 7,468,880,646 people has an estimated 450million mental case. Africa, with less than 1/5th this population has 44 million people with mental disorder.

Evidently, these numbers are on the rise

compared to those of the past 3 years. The lack of statistics on its incidence and prevalence in Cameroon with over 20 million inhabitants is evidence that despite its rise, little attention has been paid to it.

The W.H.O in 2002 revealed that mental health disorders are one of the leading causes of disability worldwide. The W.H.O states that 1 out of 4 persons are prone to a mental disorder.

These disorders range from those considered to be minute like disorders pertaining to phobias, depression, anxiety, stress to those with greater effect on cognition like dementia, schizophrenia, bipolar and compulsive disorders.

The causes of mental disorders are as numerous as their effects to the individual and the community. Firstly, in my community, health care is not commonly sought making early detection of mental illnesses difficult. Also, there is reluctance of men to seek health care as a way to show their gender superiority thereby mental disorders can’t be remedied early.

Mental disability may also be aggravated with the diagnosis of medical conditions such as HIV/AIDS and cancer. In addition, some mental illnesses are seen to be brought about by supernatural forces as punishment for a traditional ritual forfeited or a curse from the ancestors such that the response to illness is often libations and incantations.

Man possesses biological, psychological, social, cultural, and spiritual abilities which become compromised due to mental disorders. With the loss of these abilities, mental health becomes a subtle destroyer of destinies.

Mental disorder has been seen to be caused by gender violence, especially in the girl child. Cases of rape are often

Rape has a lot of psychological consequences: first the health condition of the rapist is unknown as regards sexually transmissible diseases putting the subject at risk of contracting a disease.

Secondly, the trauma of a forceful sexual encounter often leaves scars of anger, hatred and depression for a lifetime.

Thirdly, in most cases the subject doesn’t receive medical attention because of the stigma behind such cases; withdrawal is often the easier way out for most.

In addition, female education is still undermined. Since education changes lifestyle, and promotes wellbeing, they may be prone to indulge in harmful practices that destroy health. These may lead to suicidal tendencies and depression.

The ignorance of women about the importance of antenatal care in early pregnancy is detrimental to the wellbeing of the fetus as brain defects may occur.

Harmful practices during pregnancy such as refusing pregnant women from eating certain foods and placing emphasis of foods that are of little health benefits may cause prenatal damage. Perinatal damage may be an effect of prolonged labour as a few are accustomed with staying home until delivery is eminent.

When they reach the health facilities with complications, the impossibility of changing some damage especially those that have affected the brain leaves the children disabled. The ability of genes to be inherited cannot be underestimated in the incidence of mental disorders.

Cameroonians have a low per capital income which greatly affects their lifestyle such as nutrition, education, and how often they seek medical care.

The low turnout for screenings and routine medical checkup is most often due to the inability to afford such services, making early detection of mental disorders difficult. Poverty is both a cause and consequence of mental disorders.

Being prone to having little finances, poor Cameroonians are denied opportunities for economic, social and human development, deficits in economic rights, reduced participation in decision making, denial of civil rights, as well as social and cultural stigma which renders them underpowered.

Being under-powered greatly affects the rate at which they seek medical care. In trying to make ends meet, they get involved in longer working hours, which have little or no financial rewards. They then are predisposed to stress, which when poorly managed, paves the way for mental disorders.

As a consequence, people with mental disorders may not be given certain jobs for fear of inconsistency in attitudes, performance and output. With this, it is no doubt that saying “No poverty” as evident in the sustainable development goals will help cripple this vicious cycle of poverty and disability.

A high proportion of mental disorders are linked to drug or substance abuse.

All drugs have therapeutic and harmful effects. Over the counter drugs which are commonly purchased here have a great effect on mental stability.

Alcoholism which is common in my community also damages centers of the brain due to its toxicity thereby predisposing them to mental disorders.

Curiosity and/or the quest for power, boldness, and peer acceptance often make people to indulge in the abuse of addictive drugs like marijuana, caffeine, and tramadol which in excess alters the agencies of the mind; id, ego, super ego.

Furthermore, conflicts such as inter personal or inter tribal disputes can greatly affect mental wellbeing in the long run.

During these fights, relations and investments of a lifetime are lost. The thought of the suffering endured and impossibility to bring forth what is lost paves the way for a mental disorder. Challenges individuals encounter in life such as caring for a mentally ill relative, witnessing ghastly accidents; natural or man made also predisposes them to such disorders.

With these causes, mental health services need to be available.

Unfortunately, very few of these services are available compared to those who need it and are funded by local communities, religious institutions and seldom state

Considering the laisser-faire practice in state owned institutions, many prefer the later which often run out of space and fund for its inhabitants.

Also, the skills of personnel who handle such cases are limited due to lack of institutions to train these personnel.

With a lot of spiritual attachment being placed on the onset of mental disorders in my community, mental health homes are rarely visited, and people who chose to work there are considered insane.

Nevertheless, a few people love to take care of those with mental disorders in communities thereby putting in their time and resources for such work. The hurdles of such people are often enormous including labeling, and risk of assault by patients.

To solve this problem, the medications are mixed in food but are often noticed due to the strange taste the food develops, making the patients preferring to starve. Intravenous administration of drugs which acts faster is difficult due to their mental condition. Lastly, these medications often run out or due to poor transportation and preservation, reach the consumers with little therapeutic effects. These and more make the management of such homes burdensome.

Recognizing the efforts of these institutions to provide effective follow up for inmates, they also have weaknesses.

Firstly, patient centered care is difficult because of diverse languages and generalization of their disorder. When restrained, these patients are denied their rights, which are same with that of every other person.

Other forms of treatment like psychotherapy, exposure therapy, and electroconvulsive therapy are still farfetched.

Depression easily sets in when these patients are separated from their loved ones thereby worsening the already present condition.

Considering the threat people with mental disorders may pose to their community mental health homes are located far from settlements. Accessibility becomes a problem to those who need or render these services.

Since people prefer to care for and keep a relative near no matter the condition, it is more likely that families leave such people in the community where they can be seen from time to time than restrain them in strange homes.

On a bright side, these patients can be taught handwork such as sewing, knitting, furniture making which could keep them occupied after discharge preventing relapse.

The inclusion on the fight against gender violence in the

sustainable development goals is a positive step to less people becoming mentally disoriented People with mental disorders and disability have enormous potential to provide a significant contribution to their community via education, work, art, sports, spiritual and social development boosting up economic growth.

The United Nations in its sustainable development goals not only targets good health but good health and wellbeing to demonstrate their inextricability.

there is no health without mental health because mental wellbeing is the fuel of life.

Huldah Mbifung is the winner of the First prize Editor’s Choice Award of the Dr. SEA Essay Contest. She is a nursing student in Bamenda.