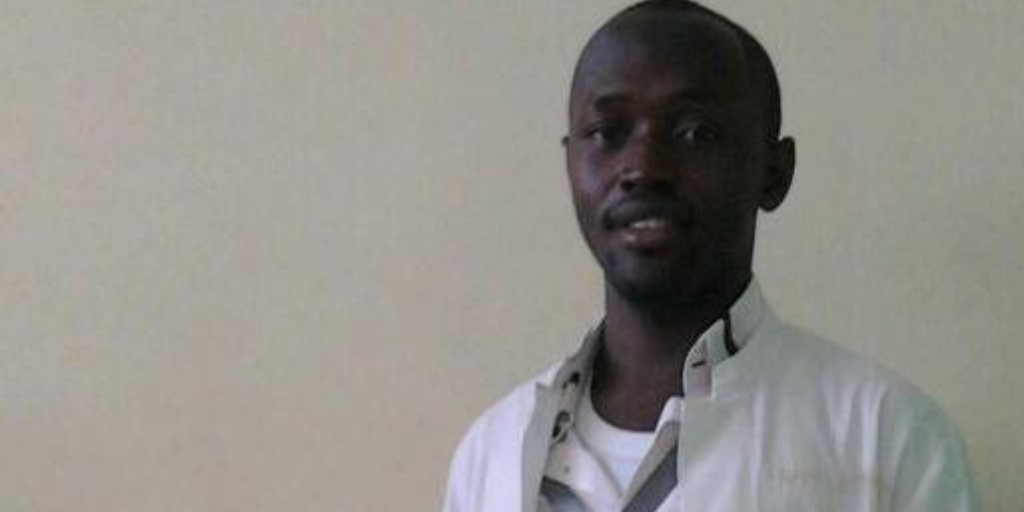 “Many people around the world desire change in their lives, in their families, and in their
communities but only a select few do actually step up to be agents of the change they so
desire” – Dr Shawn Smith

I am Franklin Ngueiwoh, a final year medical student in the University of Buea. I live in
Sable – Bonamoussadi, Douala. My community is faced with several health challenges, one of which I will be writing about.

One of the major health related challenges we are faced with is sanitation.

the hygienic means of promoting health through prevention of human contact with the hazards of waste. In public health terms, the main source of this hazard is from human and animal faeces. Other sources include solid waste and domestic wastewater.

Thus, any intervention that seeks to separate these waste from humans is termed sanitation.

Sanitation or sanitatory interventions could be in form of hardware e.g. hygienic latrines or software in form of hygiene practice such as hand washing with soap.

Mara et. al. (2010) opined that “Sanitation is the safe disposal of human excreta” defining ‘safe disposal’ as the hygienic containment or treatment of the excreta to avoid adversely affecting human health.

Sanitation in itself is a wide topic which includes a variety of subjects from waste disposal to personal and environmental hygiene. In my community our challenge is waste disposal.

Cameroon has an entity in charge of waste disposal known as HYSACAM. They normally pass by all houses in the community collecting household waste for safe disposal. Unfortunately, they are not always available. As a result of this, people heap up waste and dispose of it on the roadside.

Some go as far as dumping waste into a nearby stream. The stream has become so full with dirt that the water can barely flow.

Imagine a stagnant stream; one which was once a clean flowing water body is now stagnant, hence a breeding ground for mosquitoes. This has been going on for several years and now the entire community is mosquito infested; not to mention the flies and other insects that come from the waste dumped on the roadside.

This has become a growing concern in my community with several adverse effects including:

1. Increase in the quantity of mosquitoes;

as the people in the community tend to get rid of the dirt in their own way by burning. Paper, plastics and other materials contaminate the air when they are burned. Over time the chemicals can build up in the ozone layer. If they contain toxic chemicals like dioxin, they can reach the air that people breathe and cause a public health risk. Garbage that is disposed of improperly can also begin to release methane gases. According to the Energy Information Administration, these gases are greenhouse gasses that can destroy the earth’s ozone layer and contribute to significant climate changes.

3. Danger to the aeration syste;

Since some of the waste materials are waterproof, they can be dangerous to the aeration system of the soil hence hindering agriculture. It also leads to the reduction of fertile cultivatable land in form of dumping sites.

4. Waste materials are toxic if consumed by animals.

This can affect the tourism industry, as the tourists may not get attracted to visit the community.

6. It can also lead to human injury.

The waste material also often contains broken glass and other sharp objects which are potentially dangerous to people coming in contact with this waste. Hanks (1967) and Techobanoglous et al. (1993) traced the relationship of 22 human diseases to inadequate solid waste management.

Thus unhygienically disposed waste in the community poses a serious health hazard to all who dwell there in.

Since they ferment, creating conditions favorable to the survival and growth of microbial pathogens. Direct handling of solid waste can result in various types of infectious and chronic diseases with the waste workers and the rag-pickers being the most vulnerable.

With children being more vulnerable to these pollutants. In fact, direct exposure can lead to diseases through chemical exposure as the release of chemical waste into the environment leads to chemical poisoning. Many studies have been carried out in various parts of the world to establish a connection between health and hazardous waste.

The effect of improper waste disposal cannot be overemphasized. The list is inexhaustible. It is therefore surprising as to how little or nothing is done with respect to this potentially life-threatening situation. It may seem little and could even go by unnoticed but this is a challenge we face and have been facing for as long as I can remember.

What can be done?

As an integral part of this community I am very concerned about this issue and would propose the following solution/strategy;

There is a growing need worldwide for people to be aware of various issues affecting them. Sanitation is one of them. Sensitizing my community on the need and the how of good and proper waste disposal will go a long way to avoiding the problem.

to ensure that the governmental bodies in charge of waste management do so adequately and regularly.

c. Do a community wide campaign

To clean up the dirt already present and to place charges on whosoever is caught inappropriately disposing waste. The more
involved they are the more effective it will be.

Franklin Nkengafac NGUEIWOH is a  a final year medical student in the University of Buea. He lives in Sable – Bonamoussadi, Douala. He is the winner of the 2nd Editor’s Choice Award of the Dr. SEA Essay Contest Award 2016.